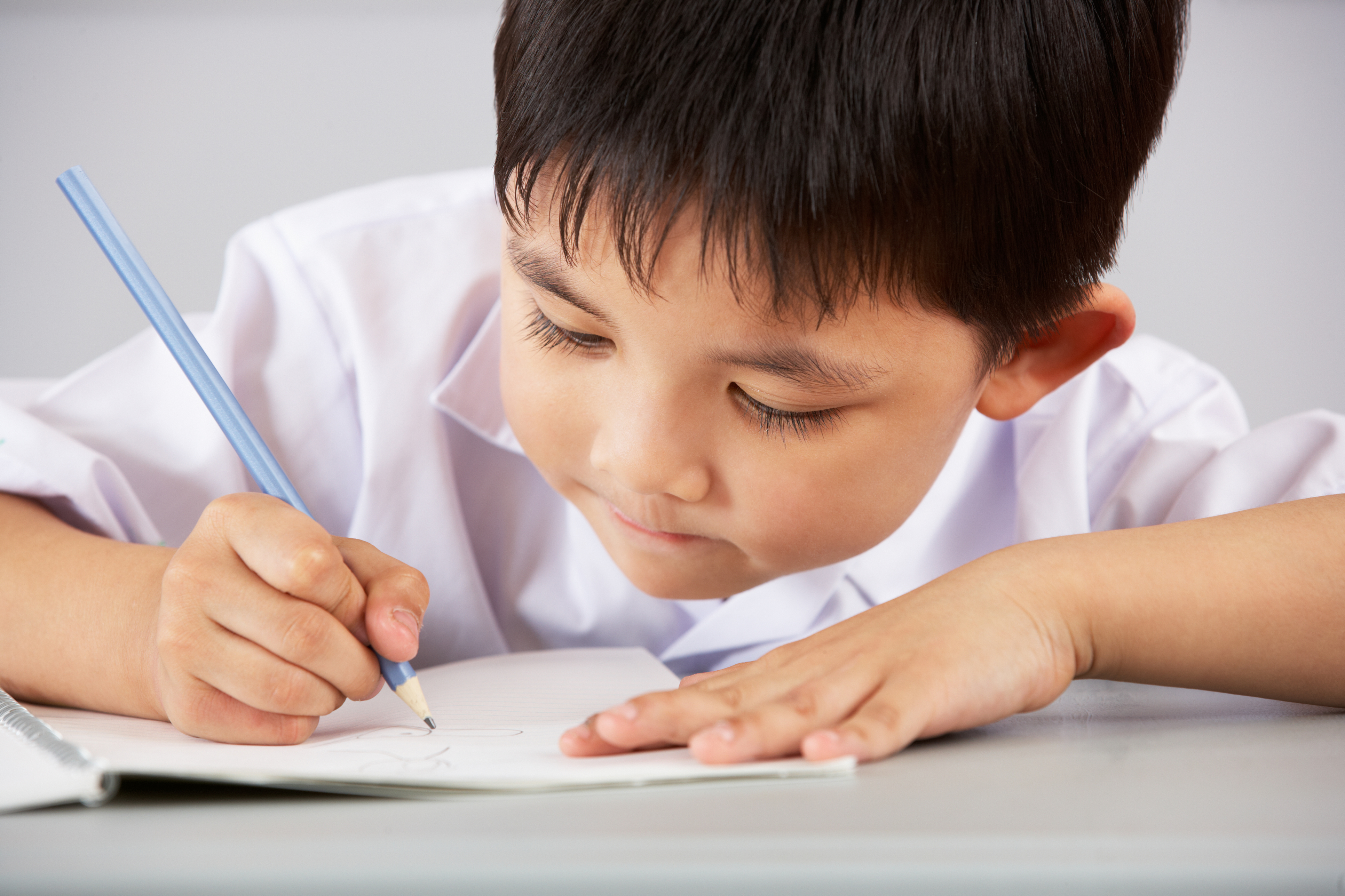 In Part One of this series we looked at some surprising ways that Mandarin Chinese is easier to learn than other languages. Children learning Mandarin are happy to discover that Mandarin has no verb conjugations and no irregular spelling or grammar. That said, Mandarin has a reputation for being a challenging language – so for parents who are interested in having their children learn Mandarin we’ll take a look at the challenges and how they can be addressed.

Let’s start with one of the biggest challenges to learning Mandarin – the written characters, called hànzì in Chinese. Unlike English, Spanish, French, German and other European languages, Mandarin is written with glyphs or pictographs, where one or several characters represent a word.

There are over 80,000 different hànzì characters – and that can sound pretty overwhelming. However, 1,000 commonly used Chinese characters are estimated to cover 92 percent of the information conveyed in writing and 3,000 characters are estimated to cover 99 percent. Most university educated adults use approximately 5,000 words in daily life, work and study, and it is said you need only about 3,500 to read the China Daily newspaper.

The challenge? Unlike English where you can sound out an unknown word using phonics, for beginners, the hànzì doesn’t give you clues about how to pronounce the word or what it means. To help cross this bridge, books for beginning learners usually spell out the words in pinyin, the official Romanization system for standard Chinese in mainland China, so students can learn to sound out words when they don’t recognize the character.

Many Chinese characters evolved from pictures of the word it represents – for example the character for “wood” looks a bit like a tree (木). You may not guess “wood” by looking at the character the first time, but it can be a good memory-aid once you know it. In addition, many characters build on simpler ones. A forest, for instance, repeats the character for wood (森林).

Characters in Chinese are composed of strokes. Many characters have a common set of strokes, called the radical, which make it easier to learn the character. For example, three dots on the left side of a character are called the “three water dots radical”, turning any character into something having to do with water – like river (河), lake (湖), swim (游泳), and sweat (汗). Learning the most common radicals first is a great way for students to build their Chinese reading and writing literacy. Radicals are also used for looking up characters in a Chinese dictionary.

The precise order of writing the strokes in a Chinese character is also important to learn because it helps you write the character accurately. Luckily, the basic rules are pretty intuitive, for example, from left to right, from top to bottom and from outside to inside.

How do Chinese students learn all the characters? Schools in mainland China encourage a lot of practice writing characters. Many North American schools put less emphasis on memorizing how to write characters. Nowadays with computers, students can begin typing pinyin using letters and select the character they want from a drop down menu.

You’ve probably heard that one of the reasons Chinese is difficult to learn is because it is a tonal language. But what does that mean exactly? In Chinese, the meaning of a word can differ based on the pitch and inflection in your voice when you say it.

Let’s take an example in English. Can you hear the difference between how someone might say the word “no” in a bored tone, versus a questioning tone, versus a sharp tone? Each of these different tones conveys a different nuance – whether it is “No, whatever…,” to “No? You didn’t eat all the chocolate cake?” to “NO! Puppy, stop chewing that slipper!”

There are four tones in Chinese – a flat tone, a rising tone, a down then up tone, and a falling tone, plus a neutral tone. The tone used to pronounce the vowel sounds can change the meaning of a word.

One common example is the use of the word “ma.” When it is said using the first tone it means “mother”; the second tone means “hemp”;  the third tone means “horse”; and the forth tone means “scolding”. There’s a familiar tongue twister in Mandarin about a horse that trips over some hemp resulting in the phrase mā mà mǎ, mǎ mà má, meaning “the mother scolds the horse, the horse scolds the hemp.” Happily, tone marks above the vowels in pinyin tell you which tone to use to pronounce the word.

How hard are tones to learn? Admittedly, it does take practice. PandaTree tutors often work with their students to perfect pronunciation of the four tones, using teaching techniques such as tracing the tone with hand gestures and head movements. There’s a payoff to all this. Some research shows that learning Mandarin as a child can help train your ear for music.

The rich history of China and the wealth of its stories and poetry have resulted in the frequent use of idioms in speech. These idioms can often be referenced with brief phrases in conversations, and unless you know the idiom, it can be difficult to understand the meaning. For example, if you are in a business meeting and someone says “I throw out a brick”, that may sound like a hostile thing to do. In fact, it is a reference to the Chinese idiom “throw out a brick in order to get a gem.” In this context, it means “I offer a few commonplace remarks as a start so that others may come up with valuable opinions.” It can be quite a helpful idiom once you know what it means.

There are thousands of Chinese idioms, and of course no student needs to learn all of them at once. There are many books that include the most popular expressions and learning the stories behind them offers a window into a fascinating culture. PandaTree tutors are well versed in idioms and enjoy sharing them with students to build linguistic and cultural understanding.

This is another example of how learning a language offers cultural insight. China historically was a primogeniture country and birth order and gender affected family status and social status. Historically, knowing a person’s birth order told you a lot about their status.

Many particles in Mandarin don’t have a direct equivalent in English. They are functional words and their position in a sentence can be flexible. The particle ma (with a neutral tone) is often added to a phrase to turn it into a question. For example, to ask “How are you?” in Chinese you say “nǐ hǎo ma?”  which translates as you (nǐ) good (hǎo), with ma turning it into a question rather than a statement. Other common particles are de, to make something possessive, and le to indicate an action has been completed.

There are other challenges to learning Mandarin, like dialectal uses of words and variations in language depending on the formality of the situation. That said, characters, tones, idioms, and measure words are the big challenges children learning Mandarin face. With nearly a billion people in the world speaking Mandarin Chinese clearly the challenges aren’t insurmountable, and learning this language unlocks tremendous opportunities to communicate with and understand the culture of the most widely spoken language on the planet. Childhood, when brains are rapidly developing, is the perfect time to learn a language. Some have described learning a foreign language as “Crossfit for your brain”. Consider learning Mandarin an excellent workout.

READ MORE: Reasons Why Children Should Learn a Foreign Language

Kristina Klausen is the founder and CEO of PandaTree.com, which provides one-on-one online foreign language lessons for kids. She has an MBA from Harvard Business School and is mom to two Mandarin learners.

Mingyu Sun is a Senior Manager at PandaTree.com. She has a Ph.D. in Linguistics from Michigan State University and also works at the Language Resource Center at the University of Wisconsin. Her two young children are fluent in Mandarin.