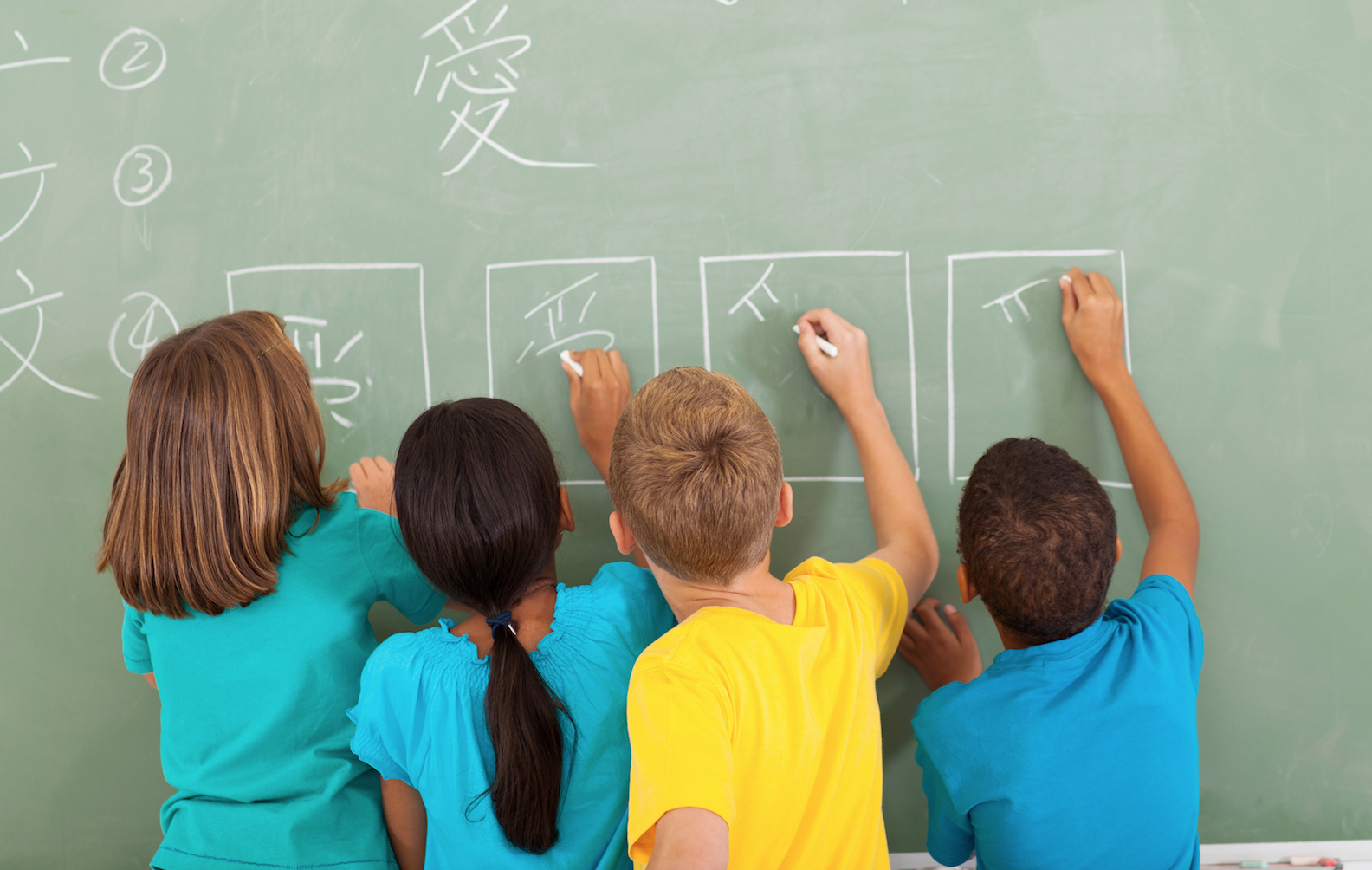 Chinese has a reputation of being a tough language to learn, but have you ever wondered why that is? Nearly a billion people in the world speak Mandarin Chinese – so clearly learning it is possible. However, if you’re a parent thinking about having your children learn Mandarin as a second language, you probably want to know more about whether Mandarin Chinese is a hard language for kids to learn.

Identifying the “tens” and the “ones” becomes obvious when you speak Mandarin. Ready to learn to count to ten? This video makes it easy.

Once you can count you know weekdays and months

Once you can count to 10, you pretty much know how to say six out of the seven days of the week. In Mandarin, you just add the word for weekday (xīng qī) in front of the number word.  So Monday is weekday-one, and so on. Sunday is the exception to this pattern – you still use the word for weekday, but combine it with the word rì meaning “sun” to recognize that Sunday is a special day of the week.

Similarly, to get the months, you just add the word for month, yuè meaning “moon”, after the number word. So January is one-month. December is twelve-month. Kids find it pretty easy.

As you’ve seen already, in Mandarin Chinese there is a tendency to put words together to create a new word with a fairly obvious meaning. Tuesday is weekday-two. February is two-month.

Mandarin Chinese has been described as a language of compound words – and for language learners that means new words can often be guessed at or understood based on the characters that make them up. For example, “electric” combines with “brain”, making a computer (diànnǎo) “Honey” plus “bee” makes a honeybee (mìfēng), whereas “yellow” plus “bee” makes a wasp (huángfēng).

No verb conjugations to learn!

Students learning languages like English, Spanish and French spend a lot of time learning which form of a verb to use based on the subject (who is doing the action) and the tense (past, present, future, etc.) In French, for example, the verb “to go”, aller, gets spelled differently depending on whether the action happens in the past, present or future. “I go”, “I will go”, and “I went” are spelled je vais, j’irai, je suis allé.  And if it is you doing the action instead of me, the spelling would be different again. In fact, there are nearly 100 different ways to conjugate the French verb aller!

To indicate the time frame that an action occurs, you simply add the time phrase for past/last year (qù nián), present/this year (jīn nián) or future/next year (míng nián). There is no change to the verb – in this case xué xí (study).

The pattern is the same no matter the verb.  You can’t get easier than that!

Making something plural is easy

The same simple approach to expressing when something happened applies to making something plural. In Mandarin Chinese to make something plural you simply add the word for the number of the item, or if there are lots, the word many (hěn duō). There are no other changes needed to the noun, verbs or adjectives in the sentence. That’s a lot easier than in English, where there often exceptions in spelling. Why is the plural of hand “hands,” but the plural of foot “feet”? Many English language learners would love to know! Also in Mandarin there is no need to make adjectives plural, the way you do in languages like French or Spanish.

No masculine and feminine nouns

In languages like French and Spanish, nouns are either masculine or feminine – and there aren’t always logical ways to remember which is which. For example, in French, a table is feminine – une table, but a desk is masculine – un bureau. To complicate matters further, adjectives need to be modified to reflect the gender of the object – with spelling irregularities as a result. A white table is “une table blanche”, but a white desk is “un bureau blanc”. In Mandarin Chinese, like in English, nouns don’t have gender.

Continuing the logical approach, grammatical structures in Mandarin Chinese are very consistent. Like English, sentences follow a subject-object-verb pattern, for example, “I eat bread.” This means that the word order required when forming sentences will feel very familiar to native English speakers. Furthermore, in Chinese, modifiers always come before the word they modify: “I eat fresh bread.”

From birth, most babies are capable of learning to make any sound a language requires – from the rolled double r’s in Spanish, to the nasal sounds in French or the clicks of Xhosa speakers in Africa.

However, as early as 10-12 months of age babies start to lose the ability to distinguish sounds they are not frequently exposed to. Foreign language learners therefore need to re-tune their ears – and train their mouths – to make the sounds they were capable of as a baby (all the more reason to start learning languages as young as possible!).

While there are challenges to learning to pronounce words in Mandarin (we’ll talk about this in Part Two), learning Mandarin only involves learning one sound not used in English – and that is the “ü” sound in the words lǜ sè (green)– which is pronounced the same as the “u” in tu in French.

Lots of benefits to learning Mandarin

If your child is interested in learning Mandarin Chinese – and wants to be able to speak with one-seventh of the people on Earth – there’s no reason for them, or you, to feel intimidated. Kids learn Chinese all the time! And learning any foreign language at a young age has been shown to have brain-building benefits that can last for life. Studies show it can even benefit test scores in core subjects, and helps develop greater cultural understanding and empathy.

That’s not to say there aren’t challenges for children learning Chinese – we’ll get to that next, in Part Two. But it’s good to know where your young language learner will catch some breaks too. And remember, PandaTree is always there to help your child out.

Kristina Klausen is the founder and CEO of PandaTree.com, which provides one-on-one online foreign language lessons for kids. She has an MBA from Harvard Business School and is mom to two Mandarin learners.

Mingyu Sun is a Senior Manager at PandaTree.com. She has a Ph.D. in Linguistics from Michigan State University and also works at the Language Resource Center at the University of Wisconsin. Her two young children are fluent in Mandarin.